Rhydian to return as Prince Charming 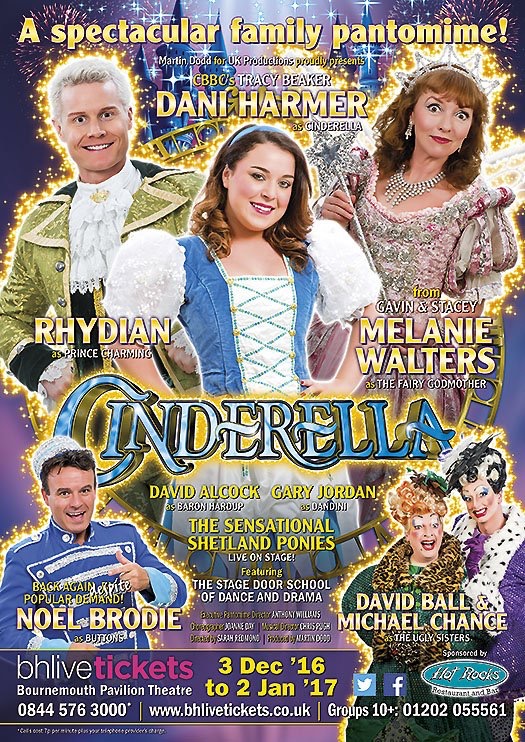 RHYDIAN will be starring as Prince Charming in this season’s Pantomime production of ‘Cinderella’ at the Pavilion Theatre in Bournemouth, from Saturday 3rd December 2016 to Monday 2nd January 2017.

The best loved pantomime of them all, Cinderella, with its enchanting story, side-splitting comedy, thrilling special effects and adorable miniature ponies, is perfect entertainment for the festive season. This truly traditional production will ensure that every member of the family has a ball. Cinderella is treated as a servant by her jealous ugly stepsisters.She’ll need all the magic her fairy godmother can muster, along with help from her best friend, Buttons, if she is to meet her Prince Charming and find true love before the clock strikes midnight…

This years Panto boasts a talented cast; Dani Harmer (Tracy Beaker and Strictly Come Dancing) as Cinderella, Rhydian as Prince Charming, Melanie Walters (Gwen from Gavin & Stacey) as the Fairy Godmother and back by popular demand, Noel Brodie as Buttons.
Also appearing are David Ball & Michael Chance as the Ugly Sisters, David Alcock as Baron Hardup and Gary Jordan as Dandini, and the sensational Shetland Ponies.