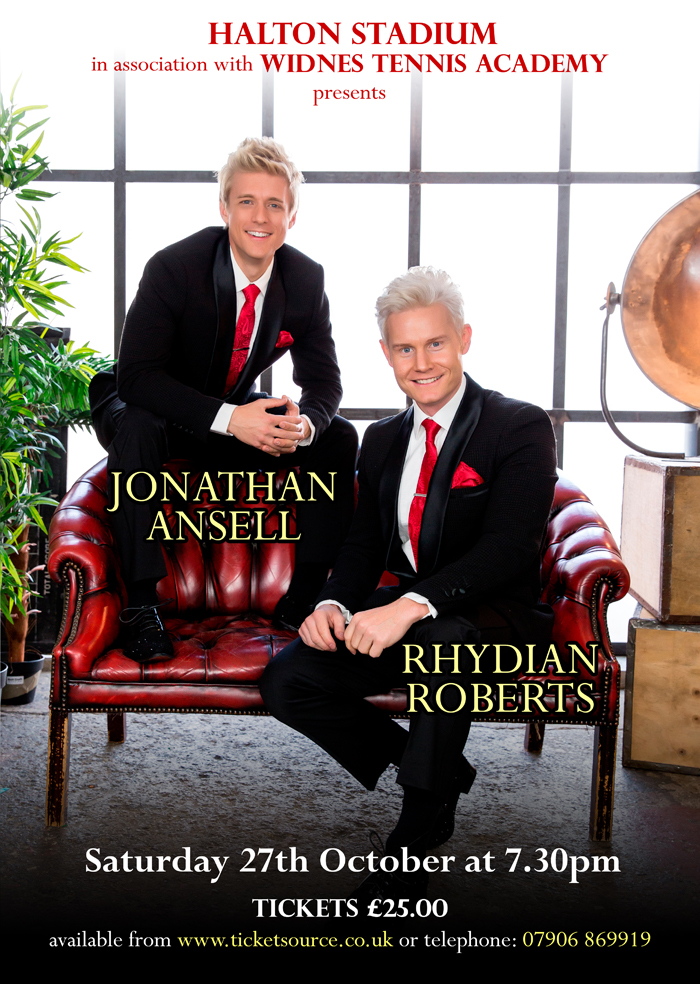 Following a sell-out UK theatre tour with 'Les Musicals' this summer, Rhydian and Jonathan will re-unite to appear together in a Charity Concert at Halton Stadium in Widnes, Cheshire on Saturday 27th October 2018. In an evening of World Class entertainment Rhydian and Jonathan will be singing some songs from their successful Les Musicals tour as well as other well known songs which, as Rhydian hinted on Twitter, may include one of his own favourite classical duets.

The show , also featuring support, is being held to raise funds for Widnes Tennis Academy who are donating 50% of the proceeds to the family of a member who, having only recently conquered breast cancer, has now been diagnosed with brain cancer. The young lady has a husband and a 9 year old son, all much loved and valued members of the academy.
Your support will enable the Widnes Tennis Academy to help them.